The flight from Santa Marta to Bogotá left early in the morning. I checked out of the Dreamer Hostel at 7 AM, and took a taxicab to the airport. The airport was very small. A check-in desk and a small restaurant on the ground floor, and on the first floor there were two waiting rooms for the gates. The airport was being renovated, so it was a little bit of a mess. The flight itself was quite pleasant. The international airport of Bogotá was a huge contrast with where I was previously. Modern architecture and very well maintained. I had to queue for an official taxicab to take me to my hostel. Together with two older Belgian travelers I shared the cab. The Cranky Croc hostel — which got its name due to its Australian owner — is on the other side of the city. 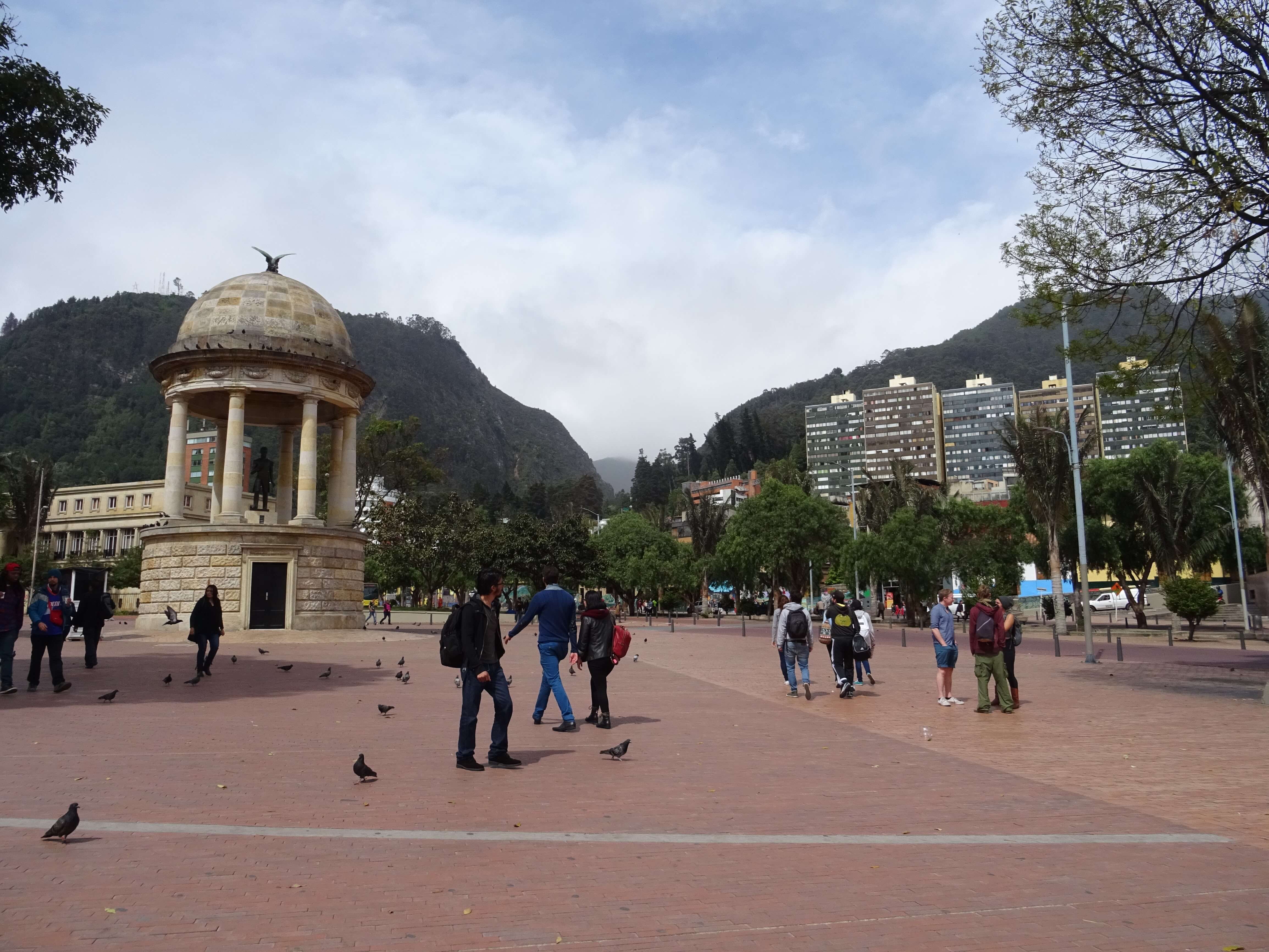 I had to wait until 2:30 PM to check in. However, I did some research back in Palomino and booked a spot with the graffiti tour at 2 PM. I had plenty of time until the tour started. First a good cup of Colombian coffee, and then a good lunch. The small corner restaurant server a very tasteful sandwich. Funnily enough they served Grolsch, a Dutch beer which I did not expect to see in South America. The international presence of Heineken is well known around the world. Grolsch not so much. It was to early for me to get a beer. The graffiti tour showed the interesting parts of the neighborhood, and I learned a lot about the history of Bogotá and the American war on drugs. Which is still fresh in the memory of Bogotanos. 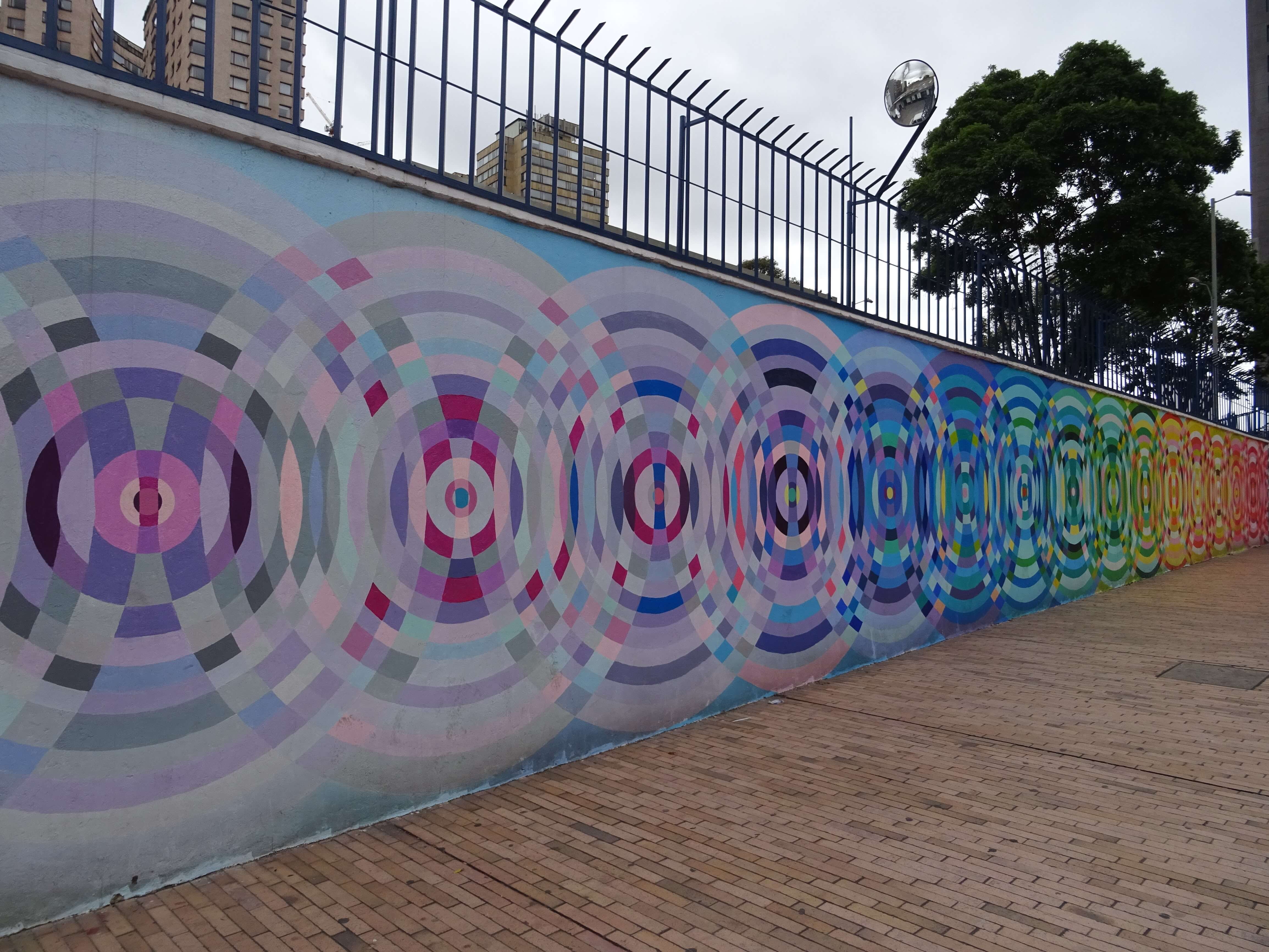 Back at the hostel I was surprised to find many fellow Dutch. Besides myself there were five others! They invited me to join them for Gringo Tuesdays that evening. The ‘big’ party in Bogotá for the international travelers/expats and locals. A quick stop at the supermarket to get myself dinner (homecooked pasta). I joined the group and we played some drinking games. At about 11 PM we were taken from the hostel to the party location. We had to pay a reduced fee to the hostel, which included: transportation, drinks during the transportation and the entrance fee.

The itself was very enjoyable! I met a really nice Colombian girl, with whom I ended up going home. Returning to the hostel the next morning was challenging. When going out in South America I take as few as possible with me. My mobile phone, wallet with some cash and a copy of my ID, and most of the time a card with the address of the hostel. This morning I had about 3000 COP left. To put it in perspective, that’s about €1! Luckily the transportation is cheap. The excellent bus system — which looks like an above ground subway — was exactly 3000 COP. As long as I stayed within the control gates I should be fine. The maps and various bus routes were not so clear however. It took my quite some time to figure out where to go. I had to change buses three times! Friendly locals helped me find my way, but it still took me 1.5 hours to get back to the Cranky Croc hostel. 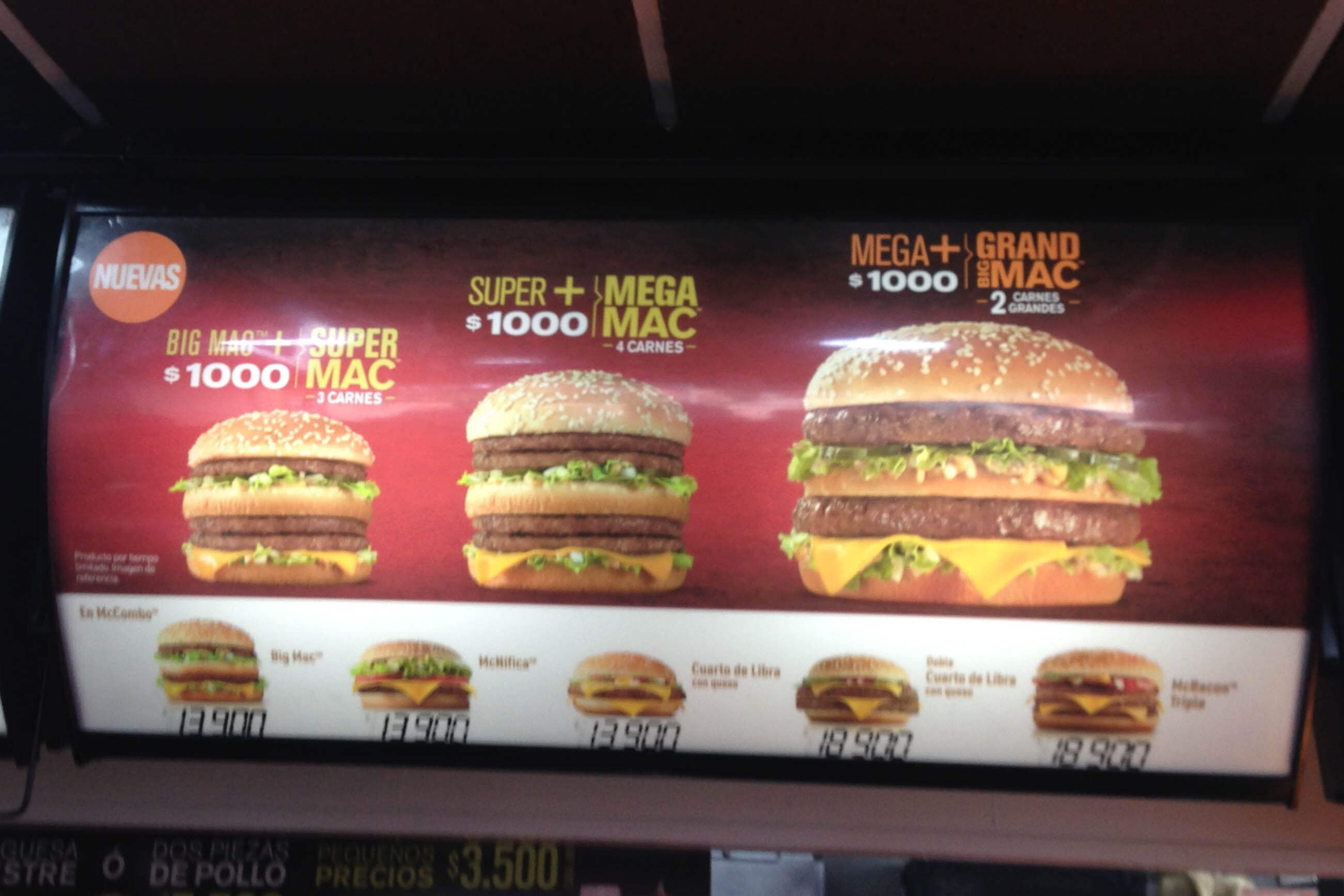 After I took a shower Willem (a Dutch guy from the hostel) and I went to the McDonalds for lunch. Even though I really prefer local food and I’m always in to try something new, the McDonalds was a unique experience too. The burgers that they serve are different per country too. However, compared with many other restaurants their food is quite expensive if you want to get a full meal. Willem returned to the hostel, I went on to the Museo del Oro — the museum of gold. I visited a smaller version of the museum in Santa Marta, which had a really interesting exhibition about the history of the region. The Museo del Oro in Bogotá was very different. The key pieces of gold in the museum were astonishing! Stored safely in a huge vault, the beautiful pieces were preserved in optimal conditions. The museum didn’t have as many gold pieces as I imagined. I expected the whole museum to be filled from top to bottom with gold. But only the vault contained the gold pieces of art. The rest of the museum was about the history of Colombia and the pre-hispanic people that lived there. It was somewhat interesting, but not what I expected. I had learned about most of the craft of making the gold pieces back in the museum in Santa Marta already. So there was little new for me to learn here. 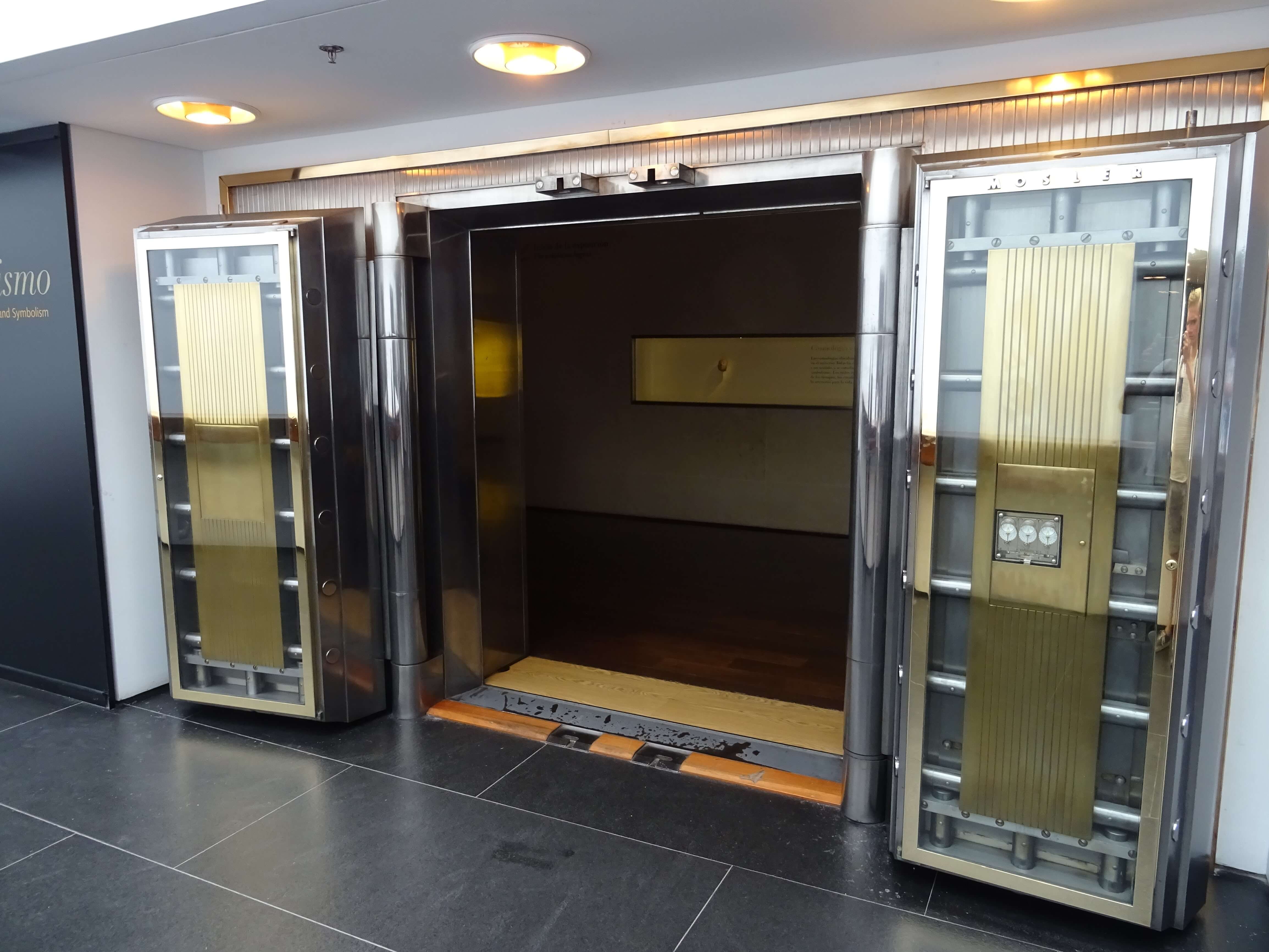 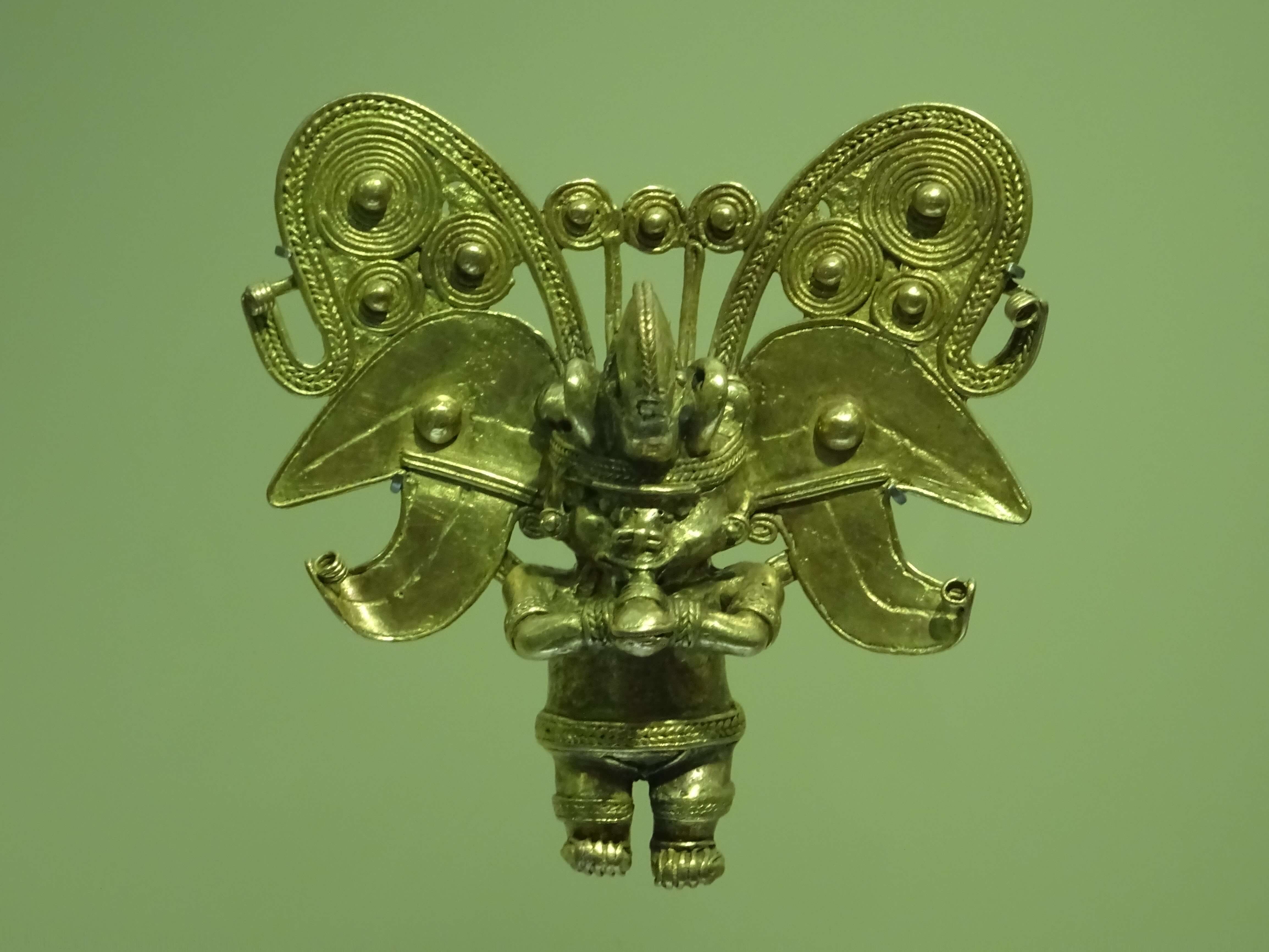 On my way back to the hostel I bought one last souvenir, something I eagerly wanted during my visit in Colombia: the Colombian national football shirt. I’m not that big of a football fan, I do enjoy watching football matches, however I do not support any team back home. I do like the bright colors and design of the Colombian football shirt! That evening, my last night of my travels already, I shared dinner with Willem in an Argentine restaurant (back to where my travels started) recommended to us by the hostel’s staff. We had a lot of fun sharing our travel experiences!

Back to the Netherlands

The five months (140 days) that I spent in South America flew past. Time sure flies when you’re having fun. I had until 2 PM to pack my bags, prepare myself for the flight back home, and say goodbyes. I would have preferred to stay a little longer, as I felt that my travels weren’t complete yet. Perhaps I will never be able to feel that I have finished traveling and have seen enough. Funnily enough Annabel, a Dutch girl from the hostel, shares the same flight as me back to Amsterdam Schiphol airport. We share a taxicab and spend our time together until we have to get on the plane. We stroll around the airport and visit some shops, where Annabel buys some last souvenirs. The airport and airline staff thinks that we are a couple traveling together — how funny!

The flight itself was really burdensome. My cold returned, and I hardly slept during the flight. A continuous headache was killing me. This would give me a huge jetlag which lasted for a couple of days after I returned to the Netherlands. When our plane landed at Schiphol and we returned home, my parents, brother and sister, and friends were waiting for me! Such a pleasant surprise! Stupidly it didn’t feel that way at that moment, as I wasn’t feeling well I only wanted to go to bed. But in hindsight, I wouldn’t have wanted it in any other way!